I am trying to sign a proposal but failing with an unclear UI error. I need to look in the console in order to determine the actual error. The actual error btw seems to be that the backend is stuck in returning an old nonce (nonce=7) for a single contract to sign.

This seems to be reoccurring in a specific contract. I can sign proposals fine in other contracts, the Defender backend returns the proper Safe nonce for those other contracts. 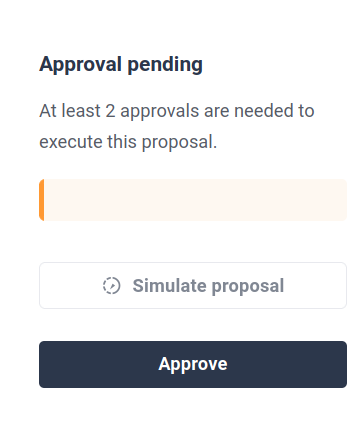 Recreating proposals for the specific contract does not seem to fix the issue.

Replied via email but the issue appears to be due to a bug in Defender that is seen in networks not supported by the Gnosis Safe Tx Service where more than one contract is being acted on via a single safe. It affects signing pending proposals.

We are working on a fix now and should have it released by next week.